Not to be confused with Wonder Boy III: The Dragon's Trap

Many years have passed since Book saved Monster Land, and his legend is passed down by generations. Now the land is attacked again, and the young Leo and Purapril set out to stop the invaders.

The game is a platformer shooter. 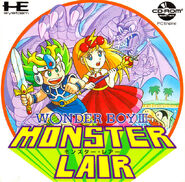 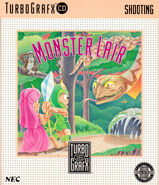 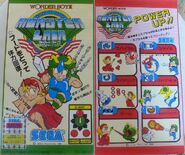