Wonder Boy: Asha in Monster World is a side-scrolling action-RPG developed by Inin and published by G Choice for the Nintendo Switch and Sony Playstation 4. It was released in April 2021 in Japan, and the following month worldwide, with a PC version slated for Summer 2021. It is a 2.5D remake of the sixth entry in the Wonder Boy and Monster World series, Monster World IV, which released in Japan in 1994 and North America and Europe in 2012.

Like its source material, Wonder Boy: Asha in Monster World is a mix of the action-adventure, platforming and RPG genres, in which the player traverses a landscape now rendered in 3D graphics, defending the titular Monster World from danger.

The protagonist of this game is Asha, a young woman from Estafan Village who is inspired to become a warrior after hearing pleas for help carried on the desert winds. She is joined on her travels by the Pepelogoo, a mysterious creature hatched from an egg, who can be called upon to help Asha traverse difficult terrain. Armed only with a sword and shield, further equipment upgrades can be purchased in the capital city of Rapadagna, with merchants selling swords, shields and armour to better equip Asha for her perilous journey.

Asha's health is measured through two life meters; pink hearts reflect the damage that her equipped armour can withstand, and blue hearts which Asha increases over the course of her adventure through collecting Life Drops hidden across the land.

Although the game plays very similarly to the original, some improvements have been made for an easier experience. By striking enemies and filling up a gauge, Asha can now perform the Magical Hit, which inflicts much more damage to enemies when it connects. Some of her equipment will randomly fill up the gauge in place of taking damage. In the original game, the player had to talk to the Sage in order to save their progress, but players can now save whenever they please outside of boss battles. In the original, players could not return to dungeons upon completing them, but here they are allowed to, although certain Life Drops can not be obtained if they were not collected the first time.

The 16-bit soundtrack can be unlocked through a code, and upon completing the game, players can find the Secret Merchant, who maxes out her gold and sells the most powerful weapons and armor in the game.

Template:Expand section The game is a remake of Monster World IV and shares the same plot of the original game.

In August 2020, ININ Games and G Choice announced the development of Wonder Boy: Asha in Monster World during the Gamescom Awesome Indies Showcase. The showcase featured a trailer for the game using developmental footage, showing several iconic moments from the story including:

This work is a full remake version of the 2D Side Scroll Action Game, "Monster World IV", with the graphic set to full 3D to greatly enhance the visuals and the gameplay content to be more sophisticated. In addition to visual changes, we are planning additional elements such as New Game Mode. In addition, Series' first Character Voice is included! Stay tuned for Asha's Voice!

The physical versions of the game also include the original Monster World IV. The Playstation 4 version includes a download code, while the Switch card carries both games on it, presenting both as separate games on the main menu. This emulated port offers several visual filter options to mimic how the game would appear on a CRT television. 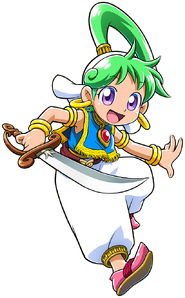 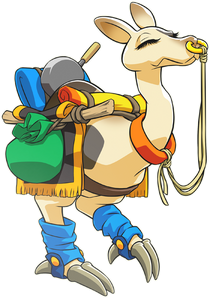 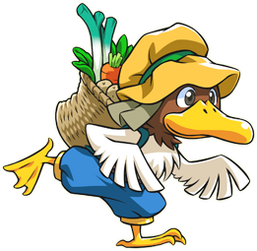 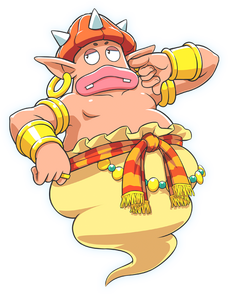 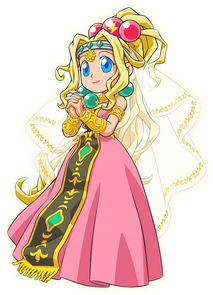 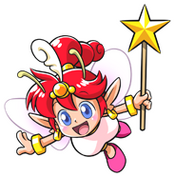 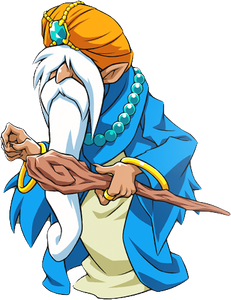 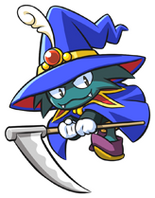 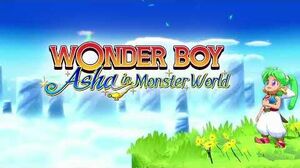