Super Adventure Island, known as Shin Takahashi Meijin no Bōken Jima (新高橋名人の冒険島, lit. "New Master Takahashi's Adventure Island") in Japan, is a modified version of Wonder Boy in Monster Land released by Hudson Soft for mobile phones. In Japan it was released for i-mode on August 2, 2004 and for Vodafone live! on December 1 in the same year. It was later released in North America.[1][2] It is no longer available for download.

Master Higgins received a letter from the king of the southern island informing him that the Evil God sealed in a jar in the island broke free. As result, the island was a chaos, and Higgins goes to the island to do something about the evil god and restore peace. 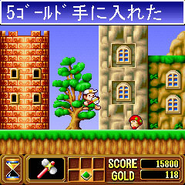 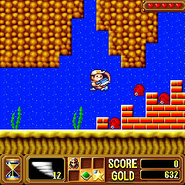 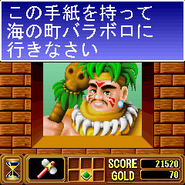