Jin is the protagonist from Monster Boy and the Cursed Kingdom, a brave young blue-haired boy.

Jin was fishing outside of the Monster World Kingdom when he saw his uncle Nabu flying on a barrel and causing mischief with a magic wand. Nabu casted a curse that transformed everyone in the kingdom into anthropomorphic animals, and Jin's brother Zeke (with the appearance of a small dragon) appeared to warn him of what happened. They follow Nabu to investigate, resulting in Jin being transformed into a pig in Skullrock Beach's lighthouse. After Jin and Zeke arrive in the Village of Lupia, Mysticat attempts to arrest them due to their ties with Nabu, but as they didn't work with Nabu, also being transformed by him and wanting to return to normal, and may be able to help Mysticat in his task, he gives them a chance to clear up Nabu's mess by finding sacred orbs that can undo the curse. Jin volunteers to find the orbs, also hoping to find out what happened with Nabu, believing that he may also be under the effect of a curse.

During his quest, Jin travels to different areas from Monster World and faces many dangers, but also gains new equipments, new powers, and allies that assist him, such as Pepelogoo, Professor Leveratt, and Sir Hoots.

Except for the Pig form, there is a talisman for each form that grants additional abilities. 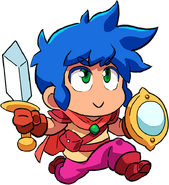 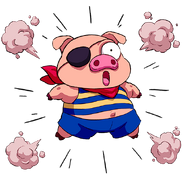 Jin transforming into a pig 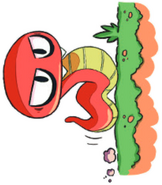 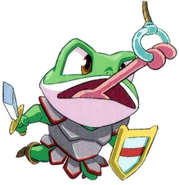 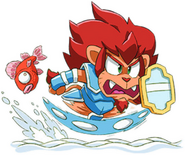 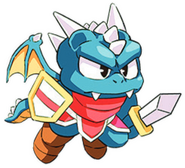