Bat is an enemy type from the series.

Bat is an enemy that appears in two versions. The Fang Bat (バンパイア, Vampire in Japan) is worth 300 points, and the stronger Vampire Bat (ウェア・バット, Were Bat) is worth 500 points. Fang Bats are red, while Vampire Bats appear both in blue and yellow colors. They often drop a Heart when defeated for the first time.

Giant Bat (ジャイアントバット) is a flying enemy that appears in various colors, each with different stats.

Bats are enemies from round 3, and the third boss is a giant bat named Gomorin. 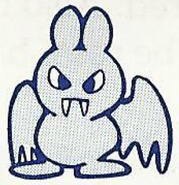 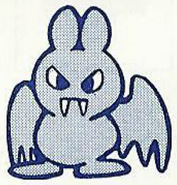