Asha (アーシャ Āsha, "A'isha") is the protagonist from Monster World IV / Wonder Boy: Asha in Monster World, a young girl from Estafan Village that goes to Rapadagna City to become a warrior. After receiving the title of warrior from the Queen, she requests Asha to save the four spirits that protect Monster World. During her quest, she gains a blue Pepelogoo that assists her, and learns that the spirits were sealed by four wizards that are attempting to use the Pepelogoos to control the people. Asha and her Pepelogoo managed to stop their plans and she is considered a hero.

Asha also appeared in a stained glass from Monster Boy and the Cursed Kingdom, alongside Boy, Book and Shion. If the player is able to reach 100% completion before defeating Lord Xaros, the ending will include an extra image of Pepe being reunited with Asha. 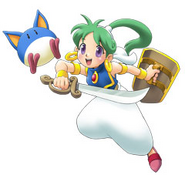 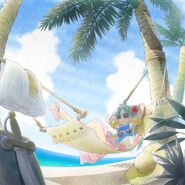 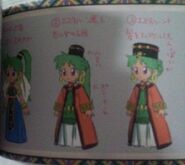