This game features the same gameplay style from the previous title unchanged, with eight new islands for the player to explore.

Jeannie Jungle haas been captured by aliens! She's stranded somewhere on one of eight islands and you, as the somewhat heroic Master Higgins, must find her. But be careful - each island is guarded by an enormous creature that's very hungry!

Fortunately, you have a little help. There are five kinds of friendly dinosaurs waiting to give you a lift. They're stuck in eggs that you'll need to crack open! Hidden eggs are scattered all over the islands. By finding and breaking them open, you might get a bonus, or even a secret way to the next island! Just don't eat the eggplant...

So hop on one of your dinosaur pals, and ride your way to Jeannie's rescue! 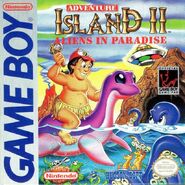 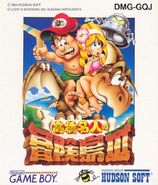